Conspiracy theories are killing us. Once confined to the fringes of society, this worldview now has adherents numbering in the millions - extending right into the White House. 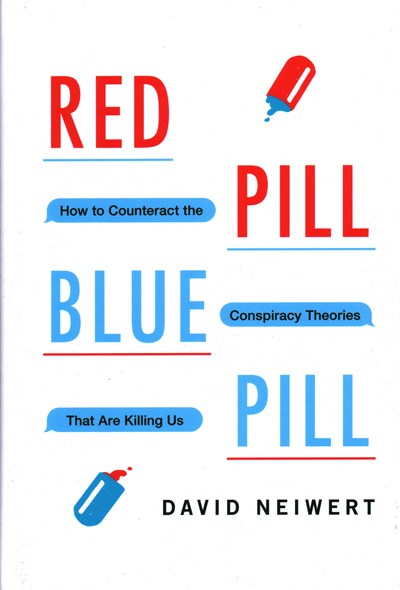 How to Counteract the Conspiracy Theories That Are Killing Us

A revealing trip down the rabbit hole of conspiracy theories -their appeal, who believes them, how they spread -with an eye to helping people deal with the alt-right conspiracists in their own lives. Conspiracy theories are killing us. Once confined to the fringes of society, this worldview now has adherents numbering in the millions -extending right into the White House. This disturbing look at this alt-right threat to our democratic institutions offers guidance for counteracting the personal toll this destructive mindset can have on relationships and families.Author David Neiwert -an investigative journalist who has studied the radical right for decades -examines the growing appeal of conspiracy theories and the kind of personalities that are attracted to such paranoid, sociopathic messages. He explains how alt-right leaders are able to get such firm holds on the imaginations of their followers and chronicles the destruction caused by the movement's most virulent believers.Colloquially, this recruitment to alt-right ideologies is called "getting red-pilled" -a metaphor for when believers of conspiracy theories become convinced that their alternate universe is real. Uniquely, and optimistically, Neiwert provides a "blue pill toolkit" for those who are dealing with conspiracy theorists in their own lives, including strategies drawn from people who counsel former far-right extremists who have renounced their former beliefs.

David Neiwert is a journalist and author based in Seattle, Washington. The author of Alt-America: The Rise of the Radical Right in the Age of Trump; And Hell Followed With Her: Crossing the Dark Side of the American Border; The Eliminationists: How Hate Talk Radicalized the American Right; and four other books, he is also co-author (with John Amato) of Over the Cliff: How Obama's Election Drove the American Right Insane. A veteran reporter and editor, he is a correspondent for the Southern Poverty Law Center's Hatewatch blog and staff writer for the Daily Kos. His work has appeared in the American Prospect, the Washington Post, Salon.com, the SPLC's Intelligence Report, and more. His reportage on domestic terrorism for MSNBC won a National Press Club Award for distinguished online journalism. The senior editor of the popular blog CrooksandLiars.com, Neiwert appears frequently on radio and television, including CNN and the Rachel Maddow Show. Find him on Twitter @DavidNeiwert.