Shortlisted for Academic, Educational and Professional Publisher of the Year at the British Book Awards 2019

Rowman & Littlefield International is an independent, interdisciplinary publisher in the Humanities & Social Sciences. We are committed to bringing incisive modern scholarship to a global readership in multiple formats. We firmly believe in the value of publishing cutting-edge research for a scholarly audience.

RLI was established in November 2012, in collaboration with the Rowman & Littlefield Publishing Group in Washington DC. We are a member of the Independent Publishers Guild and the Publishers Association. 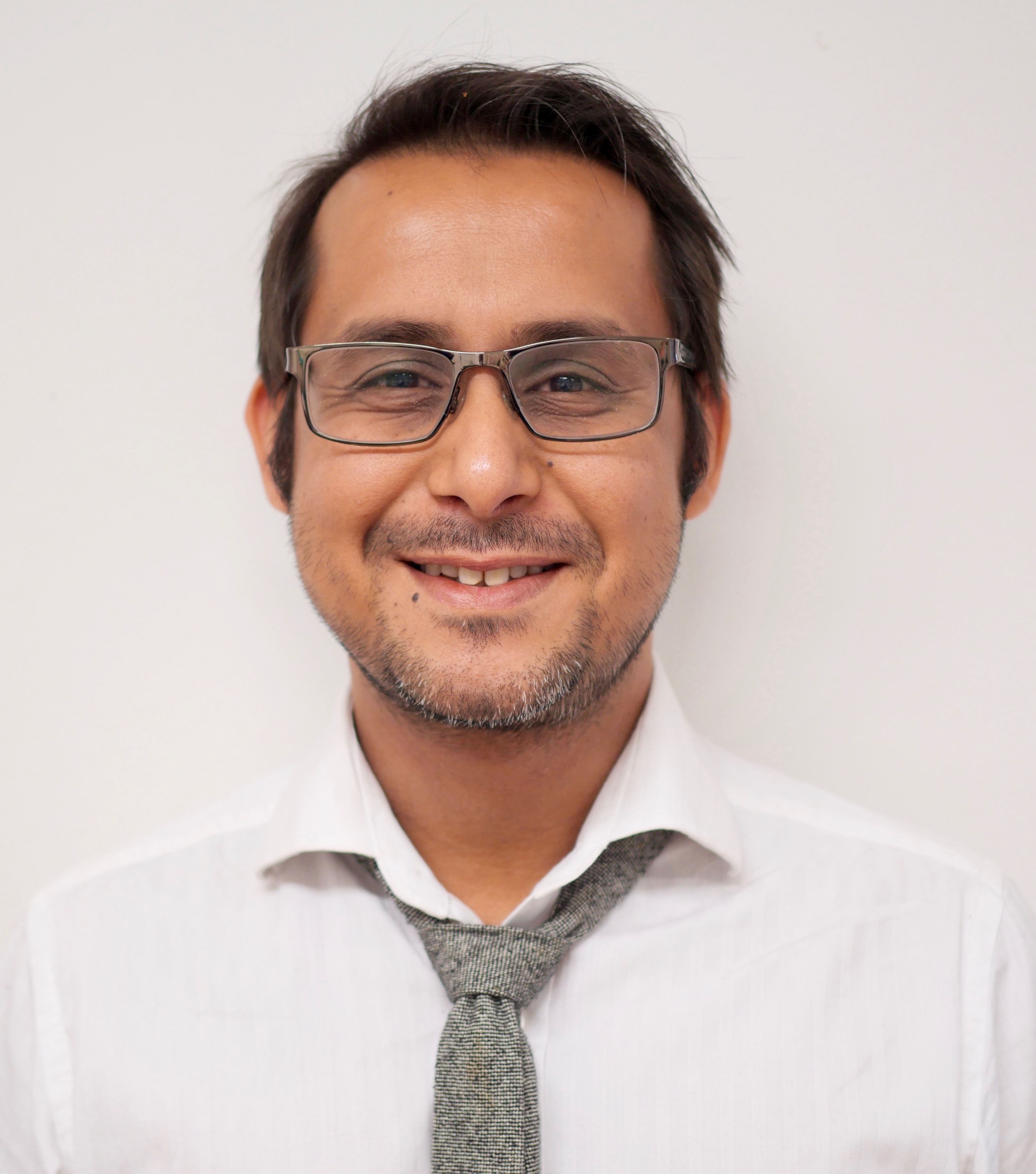 Gurdeep started his career at Robert Hale and later moved to SAGE, working on the media and communications and education lists.  He was appointed Commissioning Editor for Language and Linguistics at Continuum in 2007, a position he held up until 2017 (by which time Continuum was part of Bloomsbury). He is now Publisher for the Anthropology, Geography and Cultural Studies lists at RLI and heads up the UK editorial team.  He is passionate about accessible and engaging academic publishing that can make a difference and change the debate.  He was made a Freeman of the Worshipful Company of Stationers and Newspaper Makers in 2016. Gurdeep published his novel “Sons and Fascination” in 2011 with Paperbooks and is working on a follow-up. Contact him at [email protected] 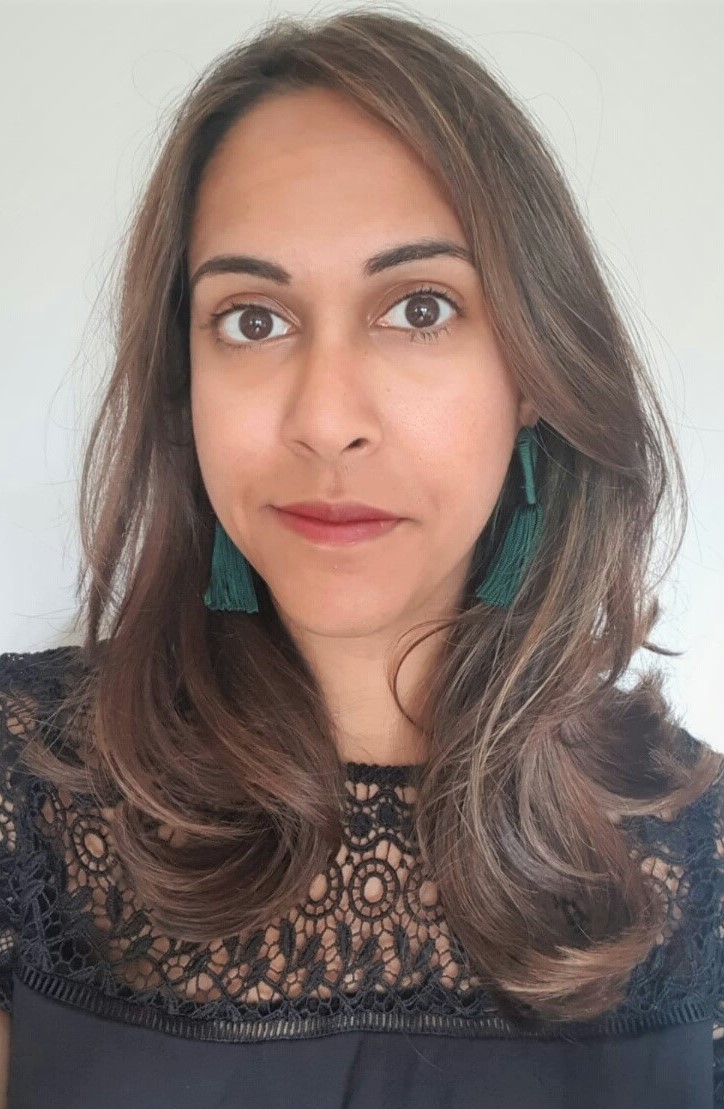 Having completed her MA in Medieval Studies at Royal Holloway, Dhara first entered the publishing industry as an Editorial Assistant at Bloomsbury Academic, working on Classics, Archaeology and Religious lists. Following that she moved to Scotland to take up a position as Assistant Editor at Edinburgh University Press and then as Editor at Berghahn Books in Oxford, before returning to London and joining the team at RLI in 2016. Dhara manages the Politics, International Relations and Security Studies list as well as our think tank and partnership publishing. She is committed to commissioning engaging and interdisciplinary content that deepens our understanding of the world today. In 2019, Dhara was included in The Bookseller’s prestigious Rising Stars list, which comprises of forward thinking individuals who have been singled out as possible leaders of the book industry in the future (https://www.thebookseller.com/rising-stars/2019). In the same year, Dhara was also the winner of the Stationers’ Company award for Publishing, Digital & Design (https://stationers.org/). Follow Dhara on Twitter: @DharaSnowden01 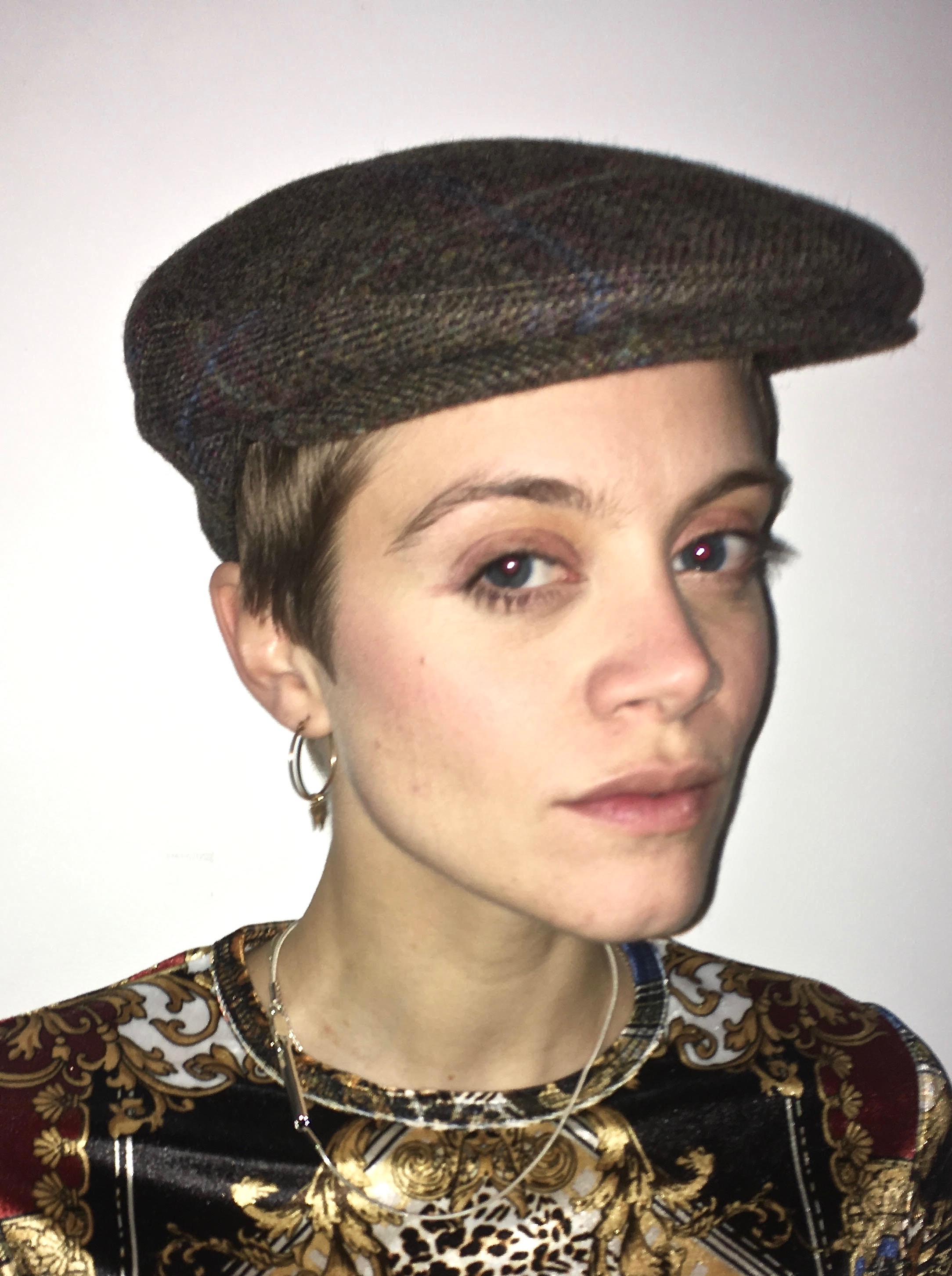 Frankie graduated with an MA in Book History from Oxford Brookes University and began a career in publishing as Editorial Assistant for Zed Books. From there they moved to Bloomsbury Academic to work as Assistant Editor for Continental Philosophy, before joining RLI as Commissioning Editor in 2018. They are a hands-on editor, committed to innovation, diversity and excellence as the guiding principles for the philosophy publishing programme. For more information or to discuss your project, please do get in touch. Follow Frankie on Twitter: @frankiethemace 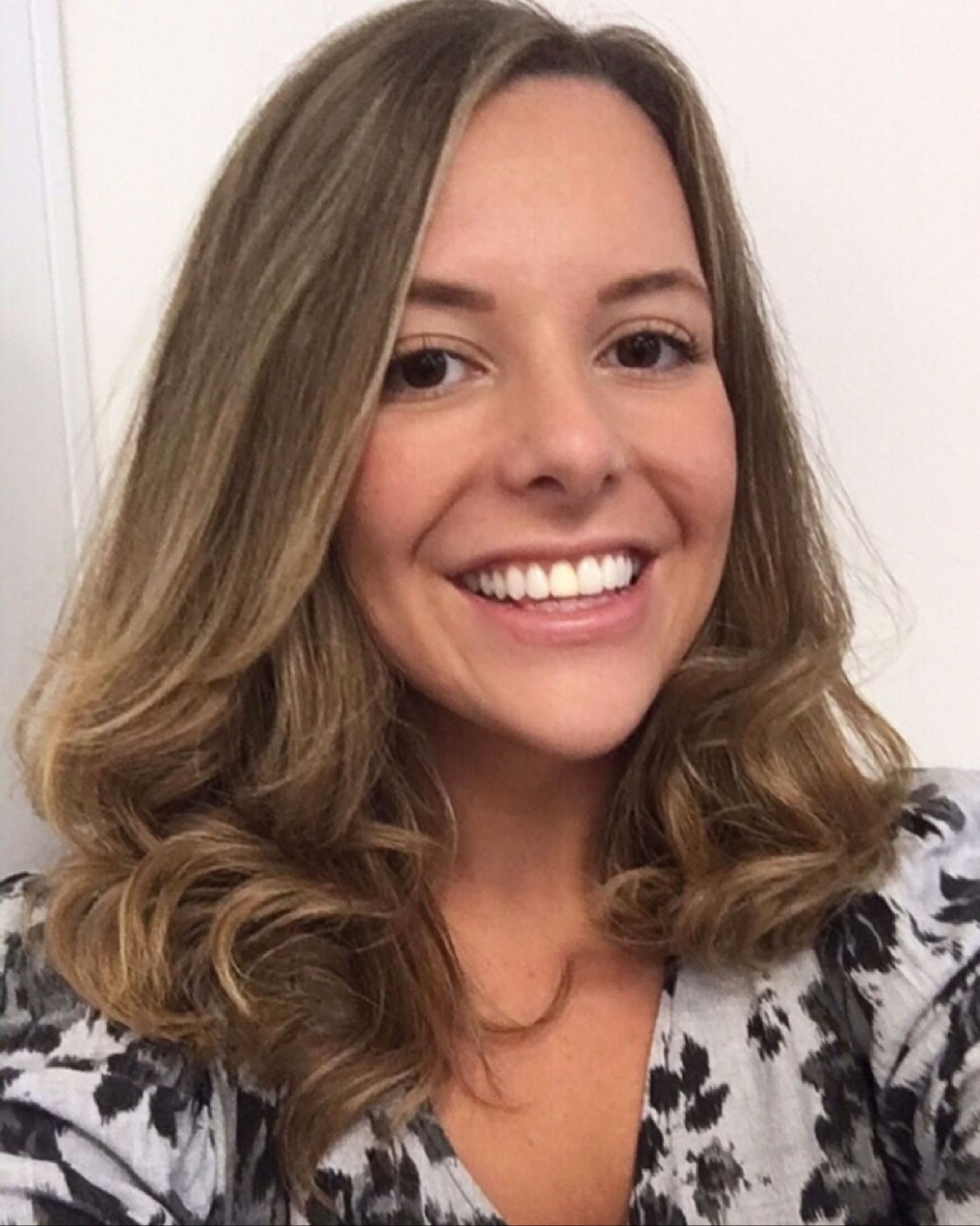 Rebecca graduated with a B.A. (Hons) in English Literature from the University of York in 2015 and has since worked at a number of London-based publishing companies, including Penguin Random House and HarperCollins. She started at Rowman and Littlefield in 2017, and now assists Dhara Snowden on the Politics, International Relations and Security Studies list, as well as on the partnership titles. Rebecca is currently developing a list in Sociology, with a particular focus on Gender and Sexuality, Sociology of Education, and Childhood/Youth Studies. Follow Rebecca on Twitter @RebeccaLTA 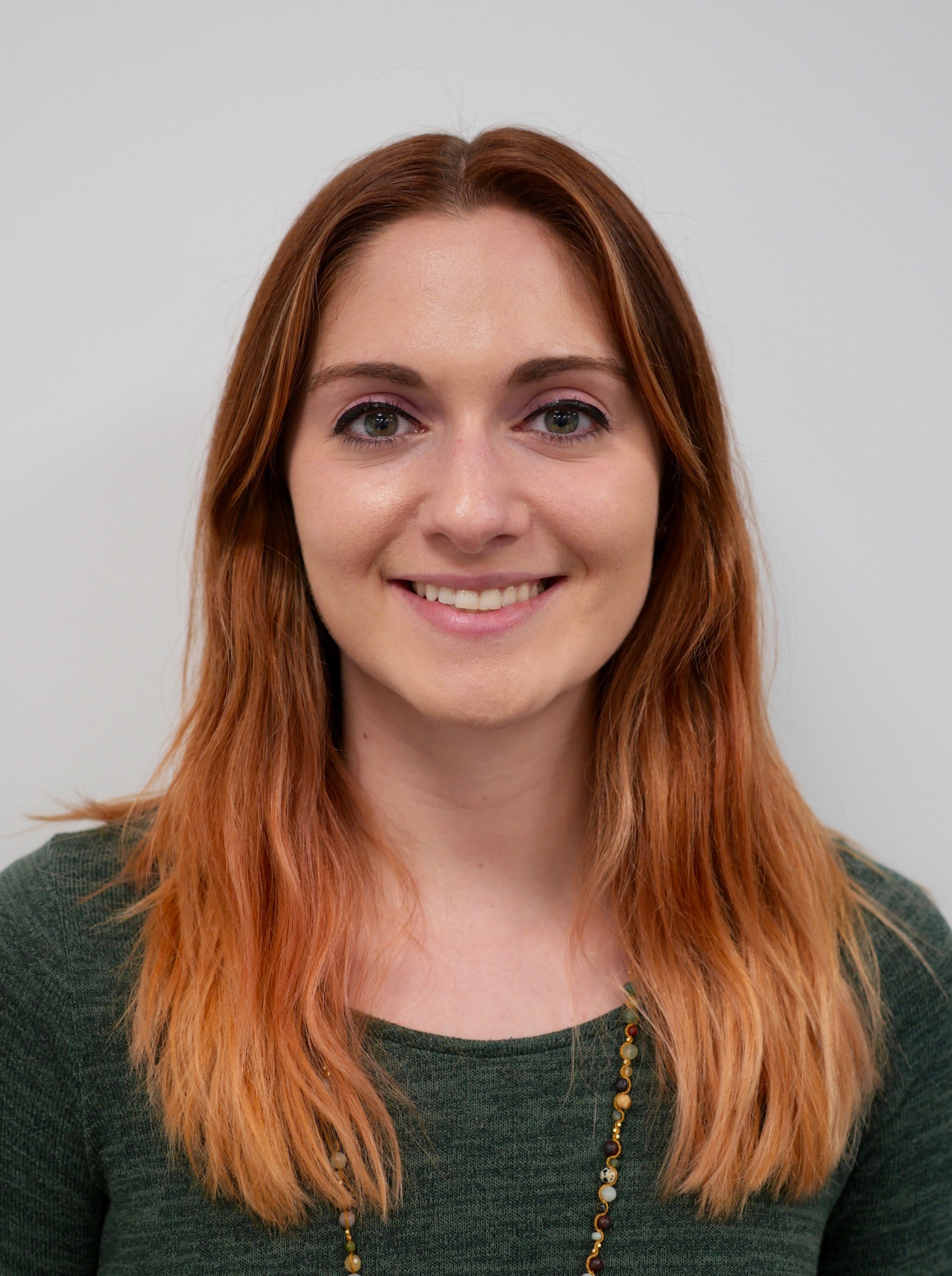 Relocating from Rowman and Littlefield’s home office outside of Washington, DC, Naomi joins the RLI team with experience producing books on a wide variety of topics and across various areas of study. Her career experience includes work at Barrelhouse, Grosvenor Literary Agency, ArtSee DC, and Philadelphia Style Magazine. She joined Rowman & Littlefield after completing a BA in English, with dual minors in Fine Arts and Creative Writing, and a subsequent MA in English at The George Washington University. In her first year in production Naomi worked on a total of 62 titles spanning 6 different imprints. She is particularly looking forward to the opportunity to liaise between the acquisitions team in London and the production team in the states. 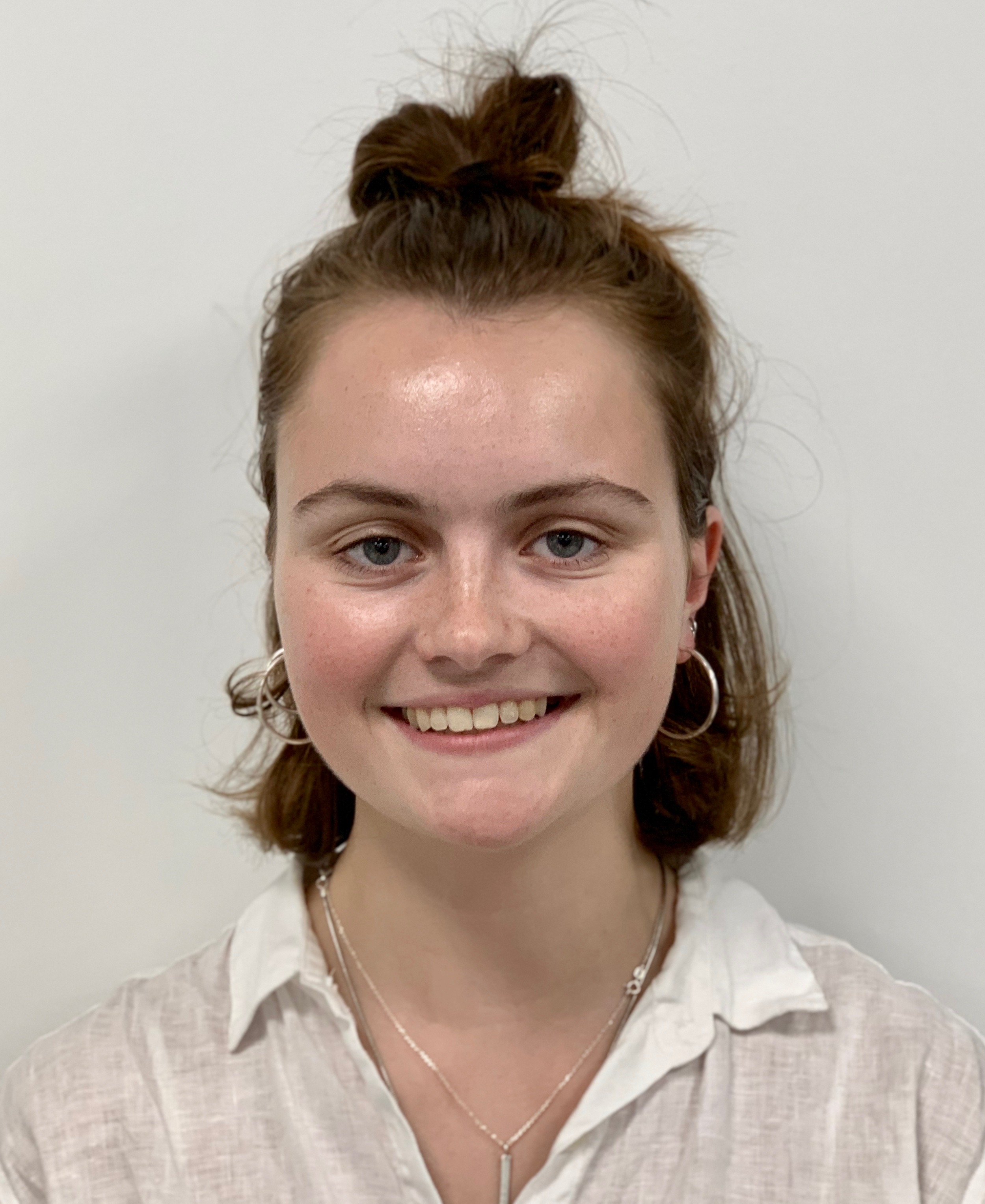 Scarlet graduated with a BA (Hons) in History from University College London in 2018, during which she focussed on 20th Century Social History in Britain and the US, exploring specifically the interplay between class, race and gender. After graduating Scarlet worked as an Editorial Assistant for Azimuth Editions, gaining experience in academic art publishing. She joined RLI as an Editorial Assistant in July 2019 and now works with Isobel Cowper-Coles and Gurdeep Mattu on the Philosophy and Cultural Studies, Anthropology and Geography Lists. 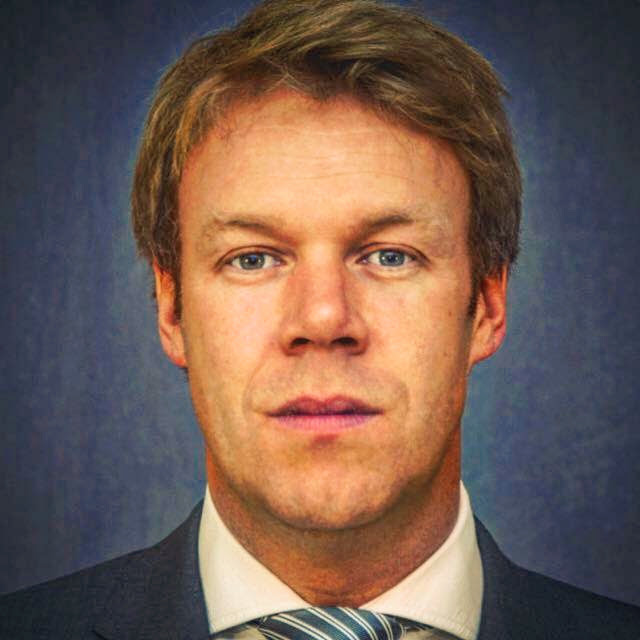 Ben cut his teeth in both international sales and academic publishing with Edward Arnold and then Hodder Education in the late 1990s. After a stint with Hodder & Stoughton, Ben joined HarperCollins as International Sales & Marketing Director with a particular focus on Collins Education, Dictionaries and Atlases. Ben left Collins to take a position on the Board with Kogan Page where he helped rebuild a sales and marketing operation for a new digital world. After almost 15 years in book publishing, Ben joined the global test publisher of the GMAT to lead its operations in Europe, the Middle East and Africa before returning to the world of academic books with Rowman & Littlefield in 2017. Follow Ben on Twitter @benjaminharry72 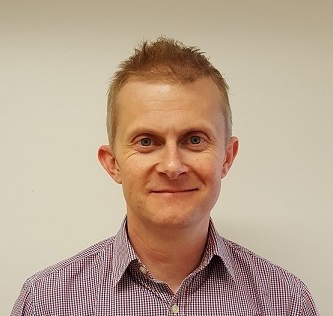 Head of Sales (UK and Europe)

Matthew’s career in publishing started off selling to libraries and schools at Books for Students before a variety of Special Sales, Key Accounts and Sales Manager roles with Oxford University Press, A&C Black, Bloomsbury, ePubDirect, Oberon and most recently The Folio Society. With a broad portfolio of customers incorporating specialist interest, non-traditional, electronic, institutional, academic and trade, he is familiar with a wide-range of varied client requirements. Follow Matthew on Twitter @matthewurwin 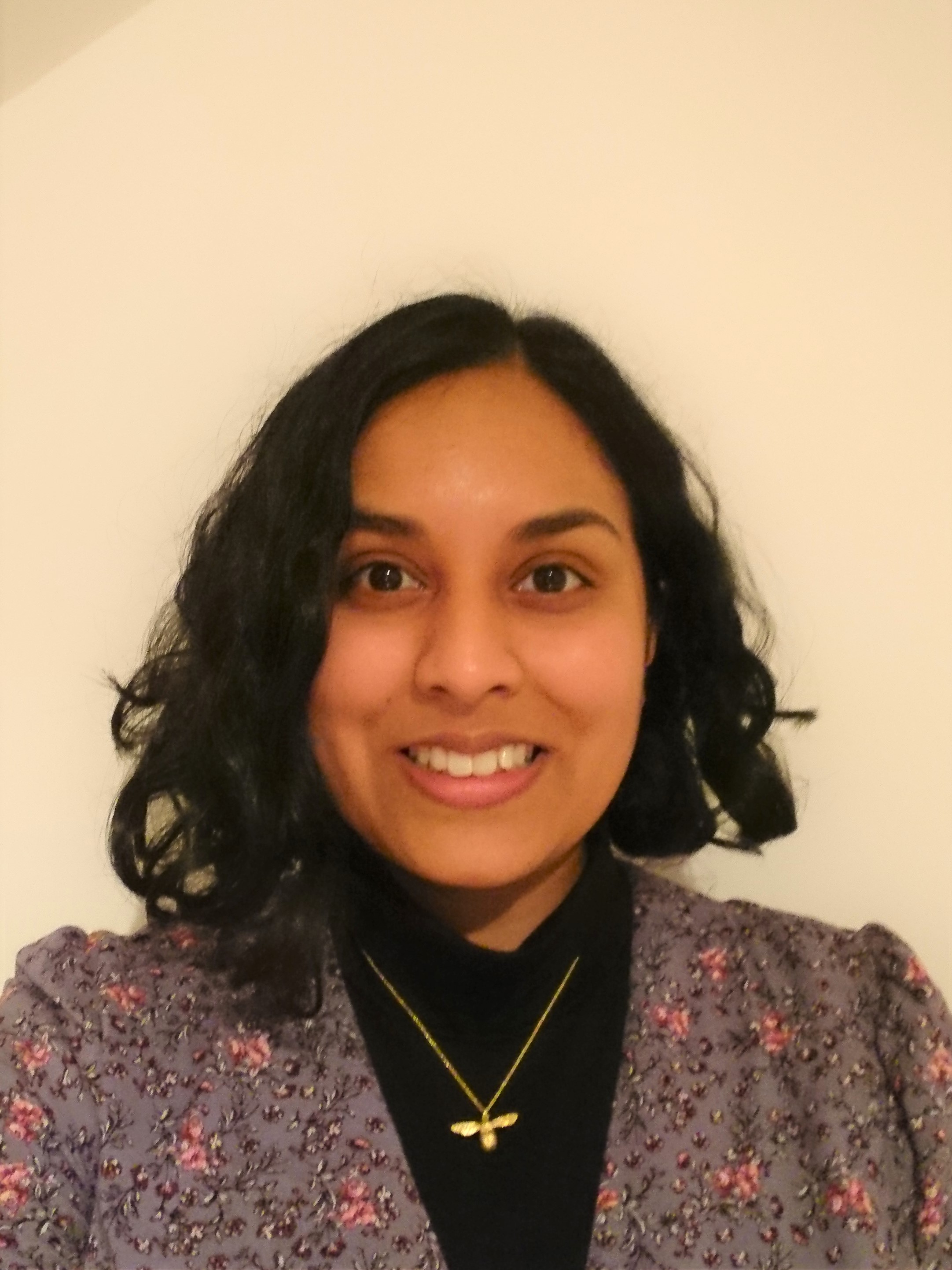 Fazi studied Design for Communication at the University of Arts London, after completing a printing internship in Leipzig, Germany whilst at Ealing, Hammersmith and West London College with Embrace Cooperation. With a decade of bookselling experience including Stanford’s Travel Bookshop & The National Portrait Gallery, and events coordination with The Royal Geographical Society & Guardian Book Club, she is excited to be in her first role in publishing as Sales Administrator at Rowman and Littlefield International. 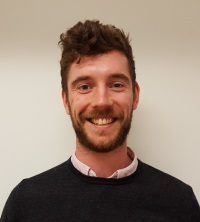 Sean joined Rowman & Littlefield from Bloomsbury where he held the position of Online Key Account Executive and worked closely with online retailers of print books and ebooks to promote Bloomsbury titles across their Adult, Children’s and Academic lists. Developing a broad understanding of publishing and evolving markets, Sean is keen to use his creativity and analytical skills to find new and sustainable ways of connecting contemporary audiences with the latest interdisciplinary research. Sean studied English at the University of Leicester and also spent a year at the University of Turin. Follow Sean on Twitter @seanpjamcdonagh 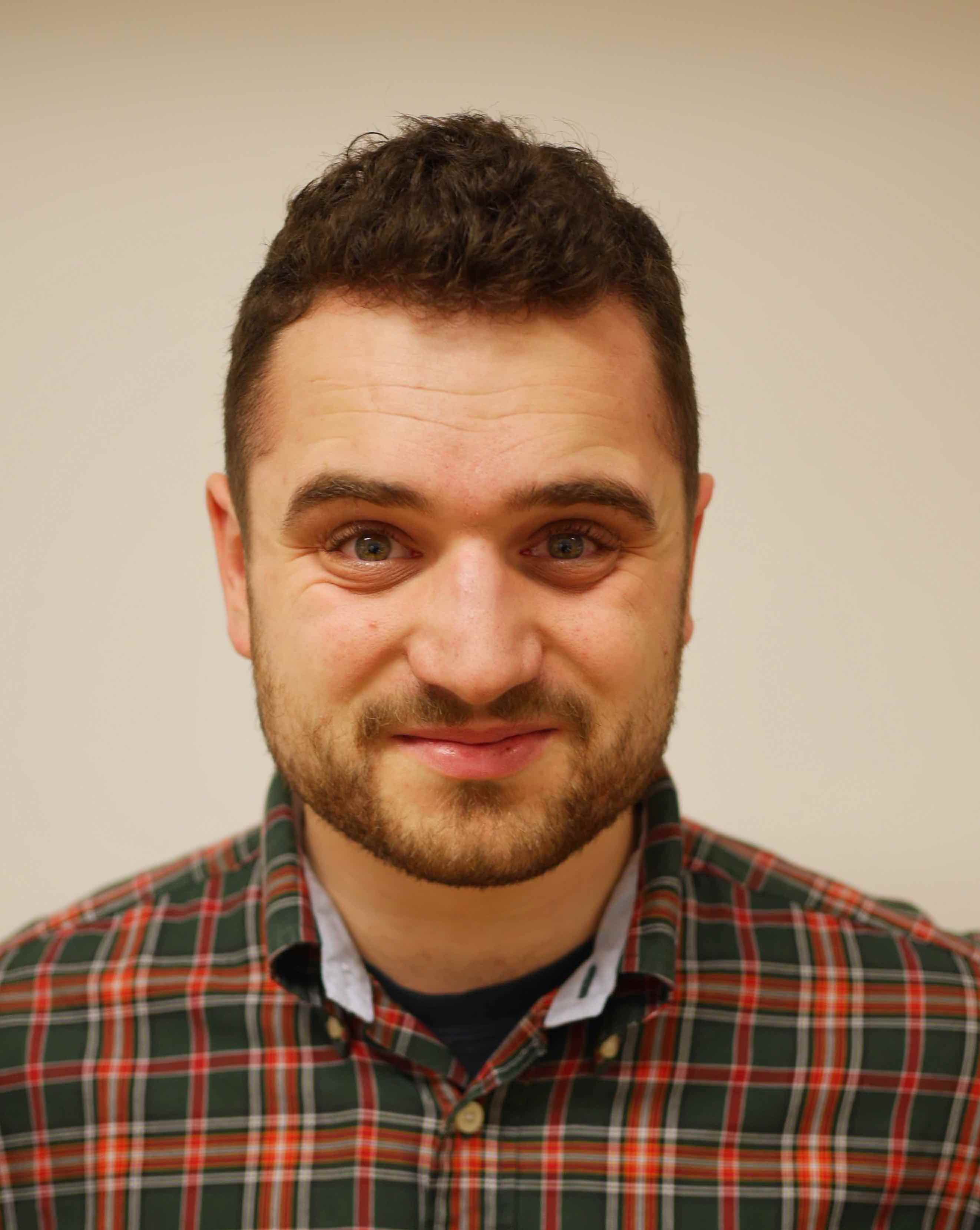 Tim has fulfilled a number of marketing roles since joining Rowman & Littlefield in January 2018. Since September 2019, he has been responsible for the international marketing of the publishing group's trade titles and higher education textbooks. Previously, he studied English Literature at Newcastle University and completed an MA in Publishing at UCL, before interning at a number of publishing houses, including DK and Laurence King Publishing. 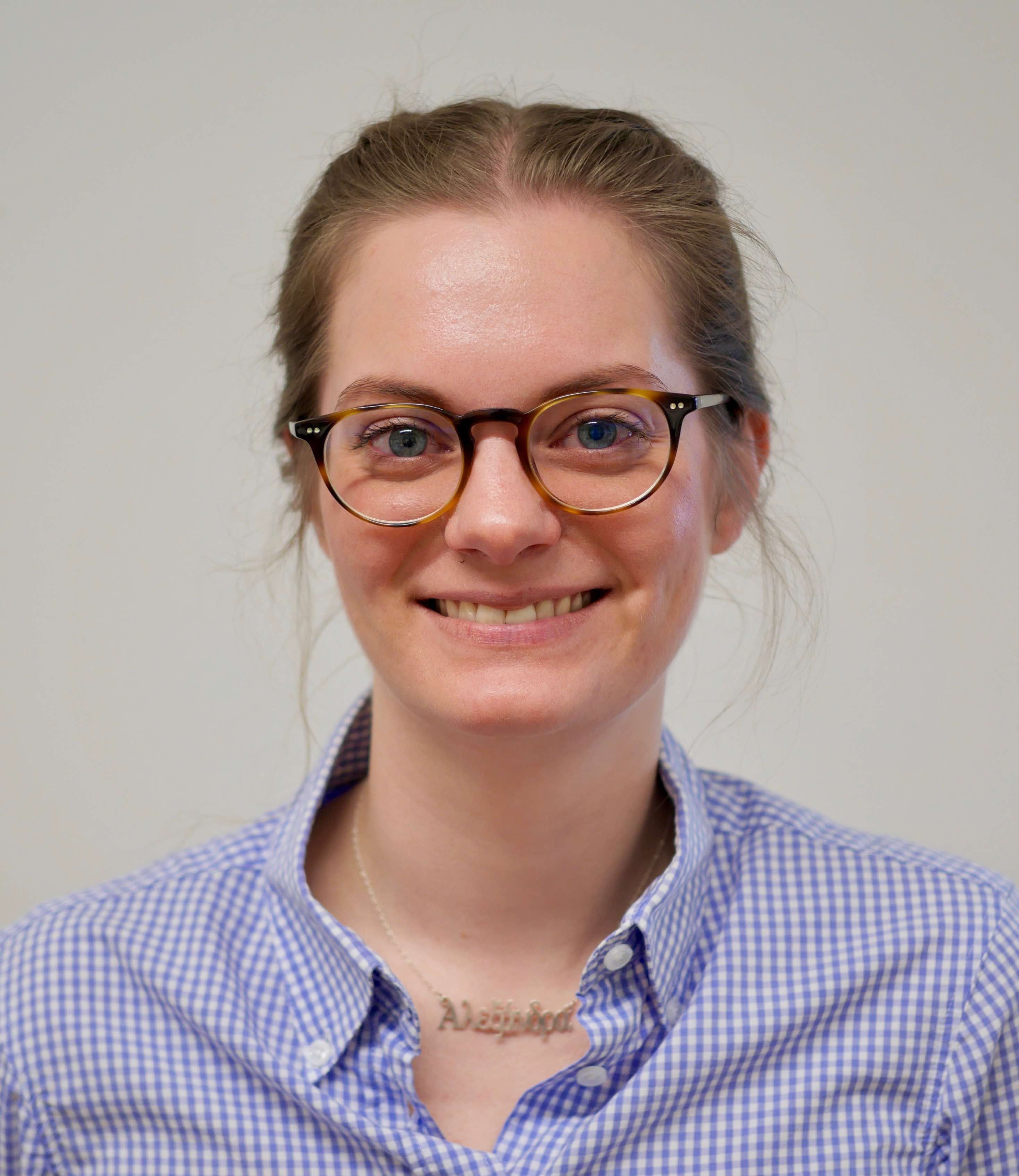 Alex joined Rowman & Littlefield's London team in 2018 equipped with marketing and editorial experience she gathered at various trade and academic publishers, including one of the leading German publishers in the humanities and social sciences, transcript Verlag, and the imprints Methuen Drama and Arden Shakespeare within Bloomsbury’s academic division. Since September 2019, Alex has been responsible for the international marketing of the publishing group's academic titles to readerships and academic libraries. Prior to her move to the UK, Alex studied at the University of Bremen, Germany, for a bachelor’s degree in Art Studies and English-Speaking Cultures and a research master’s degree in Transnational Literary Studies. While in Bremen, she worked as an assistant in the Arts and Cultural Studies faculty and in the university’s press department. In 2018, she finished her second master’s degree in Publishing at University College London where she focussed on academic and theatre publishing. Alex is on Twitter @herr_kind.

Oliver started his career as an editor in Germany; he later spent three years working in Sweden. He was CEO of the educational publisher Nelson Thornes, and went on to be Director of Strategy and Acquisitions for Informa plc, the parent group of Taylor & Francis. Oliver was CEO of Continuum from 2007, leading it to become IPG Independent Publisher of the Year in 2011. Oliver is a former Chair of the Independent Publishers’ Guild, and sits on the board of the Academic and Professional Division of the Publishers’ Association. Follow Oliver on Twitter @GadsbyOliver