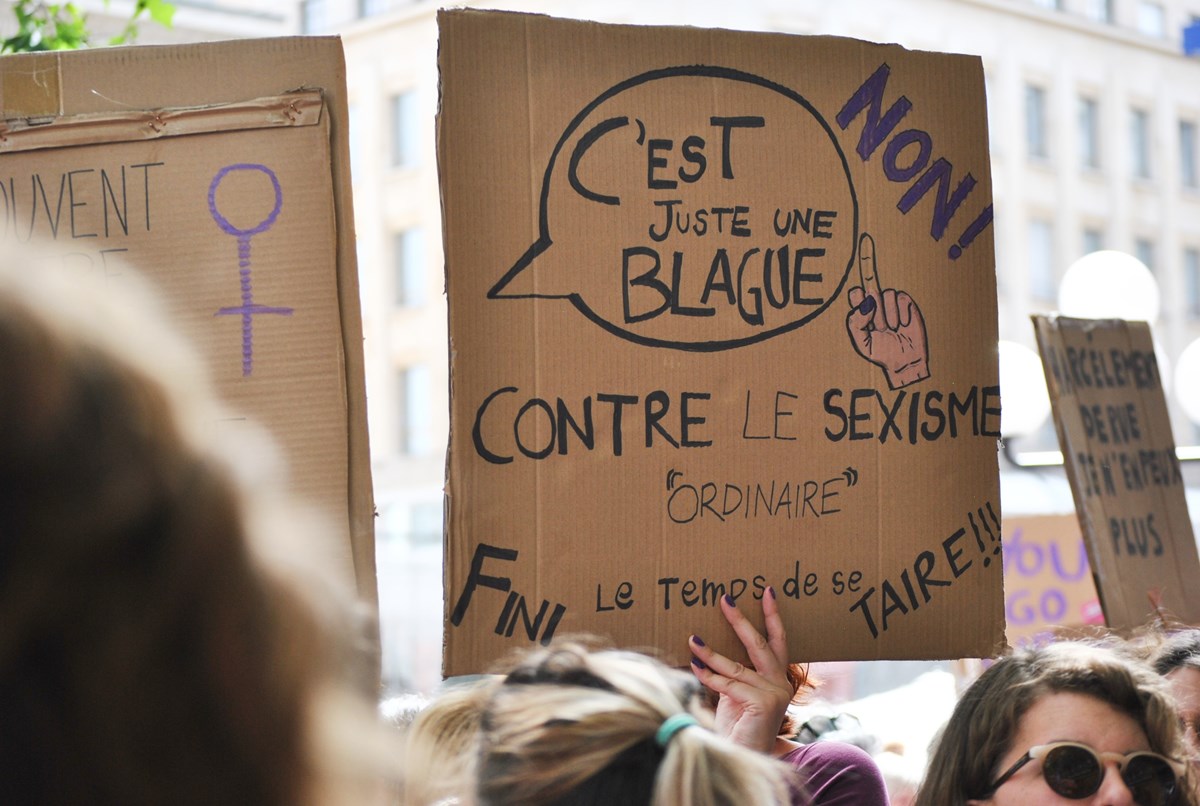 How Should We Think About Power?

"Can we exercise power over others without knowing it ourselves?"

If you think about it, power is an all-pervading feature of our social reality. A parent getting a child to tidy up her room, a literature professor getting her students to read the works of Shakespeare, a Prime Minister getting what they will despite resistance from the Parliament – are all instances of power. In these and other similar examples, power is exercised by one person (or group) over some other person (or group). Given the prevalence of such cases, we often think of power as something people exercise in an intentional, deliberate or purposeful manner. However, can there be a situation in which a person exercises power over another person without necessarily intending to do so? In other words, can we exercise power over others without knowing it ourselves?

To address this question, consider the following case. In September 2014, Apple Inc. launched its Health Kit application that was designed to allow iPhone users to track a whole variety of bodily metrics, including height, weight, temperature, levels of food, drink and alcohol intake, etc. (Lewis 2014). As stated by Craig Federighi, a senior Apple Software executive, “with Health, you can monitor all of your metrics that you’re most interested in” (e.g., Duhaime-Ross 2014). However, to much surprise, the application did not offer women the opportunity to monitor their menstruation cycles. In fact, it took a significant amount of time for the company to address this design omission, even after it had been pointed out by many commentators (Newman 2015).

However, this thinking about power as something that can only be exercised in an intentional, deliberate, and purposeful manner would be regarded as very naïve by (at least) most feminist thinkers, who would argue that the social context in which technological design takes place is itself subject to patriarchal (structuring of) power relations, where the interests of women are subordinated to the interests of men. This patriarchal (structuring of) power relations, according to these thinkers, is an implication of patriarchal discourses where different meanings and values are attributed to our biological sexual difference. As Chris Weedon has put it:

“In patriarchal discourse the nature and social role of women are defined in relation to a norm which is male. This finds its clearest expression in the generic use of the terms ‘man’ and ‘he’ to encompass all of humankind… To say that patriarchal relations are structural is to suggest that they exist in the institutions and social practices of our society and cannot be explained by the intentions, good or bad, of individual women or men” (Weedon 1987, 2-3).

On this understanding of power relations, the above omission of “one of the most basic metrics of human existence” (Duhaime-Ross 2014) would constitute a form of power relationship, without any regard to the good or bad intentions of the designers in question, because such particular intentions themselves would be interpreted as the product of patriarchal discourses that have significant implications for power in society. In fact, an often-cited reason for a gender-biased design omission is “a corporate culture dominated by men” (e.g., Michelfelder 2017, 193), where designers – who are often men – think of other men as target users for their products as a matter of habit. As such, the often-cited ‘corporate culture dominated by men’ is a particular instantiation of the patriarchal structuring of power relations in society.

An appropriate analysis of such power relations requires a special theory of power, “which can explain how and why people oppress each other, a theory of subjectivity, of conscious and unconscious thoughts and emotions, which can account for the relationship between the individual and the social” (Weedon 1987, 3). Such theory of power would go beyond the actual or putative intentions and experiences of participants of power relations and would aim, instead, for an explanation of the very power relations involved in the formation of these subjective intentions and experiences.

To answer the question posed earlier: yes, we can exercise power over others without knowing it ourselves. A technology designer who can only think of able-bodied males as the target users for their products, a city architect who fails to appreciate the needs and interests of underprivileged minorities in the construction of his bridges and roads, and an advertiser who uses clichéd gender-biased tropes in promoting beauty products for women – are all caught up in a patriarchal relations of power, where these individuals have gradually come to take it for granted that the values, needs and interests of certain women and minorities can be overlooked, neglected or forgotten.

This way of thinking about power will undoubtedly raise a few eyebrows, especially among those who insist on restricting the meaning of power to intended and deliberate actions. Nonetheless, given the aforementioned examples of unintended exercise of power, we can now argue that the very act of restricting the definition of power to cases of direct and intentional exercise of power itself can be an exercise of power. That is, by limiting the sense of the term ‘power’, we can – knowingly or unknowingly – consign to oblivion those effects of power which are not covered by the intentional view of power. As Wrong himself acknowledged: “… efforts to influence others often produce unintended … effects on their behavior. … The effects others have on us, unintended by and even unknown to them, may influence us more profoundly and permanently than direct efforts to control our sentiments and behavior” (1968, 676). Dahl and Lindblom refer to such unintended effects of power with a rather technical phrase: “spontaneous field control” (1953, 99) (which is a rather technical phrase befitting more obscure psychology textbooks, one could say). Nonetheless, a simple search on Google Scholar can show that there are definitely more academic works with ‘theory of power’ in their title than those entitled ‘theory of spontaneous field control’.

How we think of power has political implications. Indeed, power is involved in the very process of defining what power is. Therefore, without restricting its meaning, we can describe power as something that can affect people in different ways – sometimes in intended ways and sometimes in unintended ways.

Duhaime-Ross, Arielle. 2014. “Apple Promised an Expansive Health App, so Why Can’t I

Toward a Methodology for an Ethics.” In The Ethics of Technology: Methods and Approaches, edited by Sven Ove Hansson, 193–218. London: Rowman & Littlefield.

A Philosophical and Ethical Analysis

This book aims to offer an empirically-informed philosophical framework for understanding the technological construction of power, allowing for a differentiated vocabulary for describing various senses of technological power, while bridging together social and political theory, critical studies of technology, philosophy and ethics of technology.

Dr. Faridun Sattarov is an affiliate member of the 4TU.Centre for Ethics of Technology. Faridun's latest book, Power and Technology, is available in all formats now.