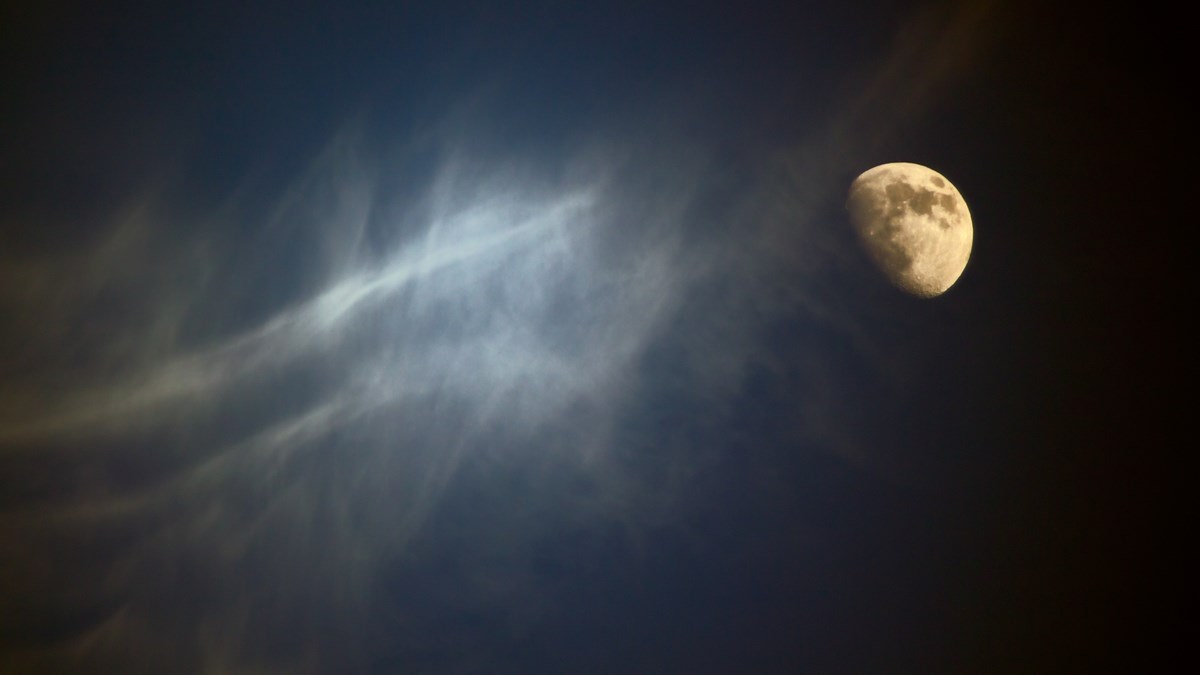 Conspiracy theories are an increasingly hot topic. Not only are they seemingly rife in contemporary political discourse, there has been a surplus of new work on conspiracy theory in academic literature.

“Conspiracy theory” refers to a broad church. There are stories about alien, shape-shifting reptiles in control of our political elites, chemtrails and fluoride turning the population into docile drones, and rumours of Cultural Marxism forcing children to change gender. But claims of alien bloodlines secretly controlling the world’s governments are not the only conspiratorial game in town. There are also tales of hidden "pee-tapes" relating to a sitting U.S. President, dirty politics behind the Leave Campaign in the U.K., and historical cases of conspiracy like the Watergate Affair or the Moscow Show Trials. As such conspiracy theories range from sensible, upright members of the community to something akin to those weird relatives you regret sitting next to at a family dinner. Yet this particular fact is not something which is paid much heed by many conspiracy theory theorists.

In 2016, for example, some social scientists penned a piece for the French newspaper Le Monde, entitled “Luttons efficacement contre les théories du complot” (Bronner, 2016). The article opined that French educational efforts to deal with conspiracy theories in the classroom needed a firmer evidence-base. But this was not a call to to ferret out bad theories from good ones. Rather, Bronner and company argued that the French authorities needed to recognize that talk of conspiracy theory in the classroom might result in people taking conspiracy theory seriously, with the apparently deleterious effect of then asking awkward questions about politics, society and the like.

“Luttons efficacement contre les théories du complot” treats conspiracy theory as a problem in search of a cure. This is symptomatic of a general trend in conspiracy theory theory. Until recently, the academic work on the subject has predominantly argued that conspiracy theories generally should be treated as prima facie suspicious.

Think of it this way: if we want to analyze either the cost or benefits of belief in conspiracy theories, then we have to first work out which conspiracy theories are warranted or unwarranted according to evidence. We cannot simply dismiss or treat with skepticism conspiracy theories generally, because then we risk throwing out the baby with the bath water. The Watergate Affair happened, but part-and-parcel of the cover-up was labelling journalists – like Bob Woodward and Carl Bernstein – as perfidious “conspiracy theorists” chasing a nonsense “conspiracy theory”. Stalin and his cronies conspired to get guilty verdicts in the Moscow Trials of the 1930s, and even invented the term “disinformation” to cover up said injustice.

The push for a Particularist take to conspiracy theory is one of the motivations behind Taking Conspiracy Theories Seriously (Rowman and Littlefield International, 2018). The contributors – Charles Pigden, David Coady, Ginna Husting, Kurtis Hagen, Lee Basham, Marius Raab, Martin Orr, and myself – all argue that we cannot dismiss theories about conspiracies merely because they have been labelled as “conspiracy theories.” Yet whilst it is fair to say that the contributors to Taking Conspiracy Theories Seriously agree Particularism is the only way to take conspiracy theories seriously, there is still a healthy disagreement about its nature and potential limits.

Lee Basham, in reply, disagrees, taking it that such a “reluctant” or “restricted Particularism” is just another form of Generalism, one which substitutes ethical reasons for the standard epistemic argument for treating conspiracy theories generally with suspicion. As Basham argues, there is no middle ground between Particularism and Generalism (Basham, 2018).

Yet Stokes’ point is not meritless. Particularists should be happy to admit that belief in some unwarranted conspiracy theories has unfortunate consequences. After all, antisemitic conspiracy theories are still propounded today, despite having been debunked time and time again. Indeed, some of the people who believe such theories do go out and act upon their beliefs, thus propagating antisemitism, along with antisemitic violence. As such, there are grounds to be cautious about engaging in the social practice of conspiracy theorizing – even just casually asking aloud “But is this true?” can have deleterious side effects.

But are bad consequences grounds to being reluctant to engage in a Particularist analysis of conspiracy theories? I would argue no. It is, rather, an invitation to consider how we should treat conspiracy theories seriously such that we can investigate them properly.

Charles Pigden, another contributor to Taking Conspiracy Theories Seriously, argues that there are also moral costs to the kind of reticence about conspiracy theorising advised by Stokes (Pigden, 2018). Pigden argues that a better approach is to focus on what he calls the “defectibility” of certain kinds of conspiracy theory. Where the cost of revealing a conspiracy is outweighed by the benefit of exposing it, you would expect the conspiracy to have already been revealed. As such, belief in such highly defectible conspiracy theories seems unwarranted. Pigden points out that the kind of theories Stokes is concerned with – those which moor his reluctant Particularism –are of the highly defectible kind. Thus, we can embrace Particularism without needing to worry so much about the ethics of accusation.

As I argue in the final chapter of Taking Conspiracy Theories Seriously, another way around this issue is to talk about how we assess and investigate conspiracy theories. Most of us think that to make false accusations of people is morally wrong, and impugning others on no evidence whatsoever is bad practice. It is also true that some conspiracy theories seem so lacking in evidence that it is hard to imagine that people can accuse others of conspiring in good faith. But Stokes’ point is that sometimes these consequences occur before we know whether or not there really is a conspiracy. That is, to find out whether some conspiracy theory is warranted according to the evidence requires that we engage with a practice – conspiracy theorizing – which has known negative consequences.

Yet to suspect someone of conspiracy is not necessarily to publicly accuse them. Detectives may well suspect a spouse of killing their partner, but they are not likely to accuse them until such time they have good evidence. Police decide upon suspects based upon a variety of different kinds of preponderant evidence. The people implicated by this kind of evidence are then investigated: they become the “suspects,” and it is only after a suspect has been investigated adequately (at least in an ideal justice system) that they are then accused publicly of some crime. Taking a conspiracy theory seriously enough to investigate should work in the same. You might well suspect a group of covering up their involvement with regard to some event, but this does not mean you will make accusations against them until such time you have some hard evidence.

Much work in epistemology thus far has focused on individual epistemic agents and what we can do to judge whether our beliefs are true, false or (in many cases) whether our beliefs are plausible given our other beliefs. In recent years there has been a renewed interest in the role groups play in our reasoning, especially as much of what we claim to know comes from others. From expert testimony to the way in which rumors and gossip influence our beliefs, there is something social to many of our knowledge-claims. This has, in part, lead to the development of Social Epistemology, a domain of inquiry which includes insights from epistemology, sociology, and psychology to build up a picture of how it is we know so much (or little) based upon the kinds of groups or societies in which we live.

A social epistemology approach to the treatment of conspiracy theories is one that takes heed of the insights and findings of the social sciences. It is true that belief in some conspiracy theories can have drastic consequences, with respect to both warranted and unwarranted cases. Belief in antisemitic conspiracy theories (which are unwarranted) continue to lead to violence towards Jewish people. Belief in political cover-ups (like what happened before and after the break in of the Democratic Party National Headquarters at the Watergate Hotel) can lead to a loss of trust in the government. In the former case the result of these beliefs is something we should be concerned about, because they are the result of unwarranted claims about the Jewish people. But in the latter case the revelation of a political cover-up is the kind of thing which should have consequences for trust generally in the political class. Given the kind of societies in which most of us live, finding out some influential institution has conspired is not only something we ought to know, but it is also something which ought to affect our views on that institution going forward. From work in Social Psychology to Sociology, scholars have studied how changes our belief in just how trustworthy institutions are can lead to changes in our attitudes towards said institutions. Sometimes, it turns out, drastic consequences follow from cases of actual conspiracy.

M R. X. Dentith is currently a Fellow in the Institute for Research in the Humanities (ICUB) at the University of Bucharest. Taking Conspiracy Theories Seriously is available now in all formats.