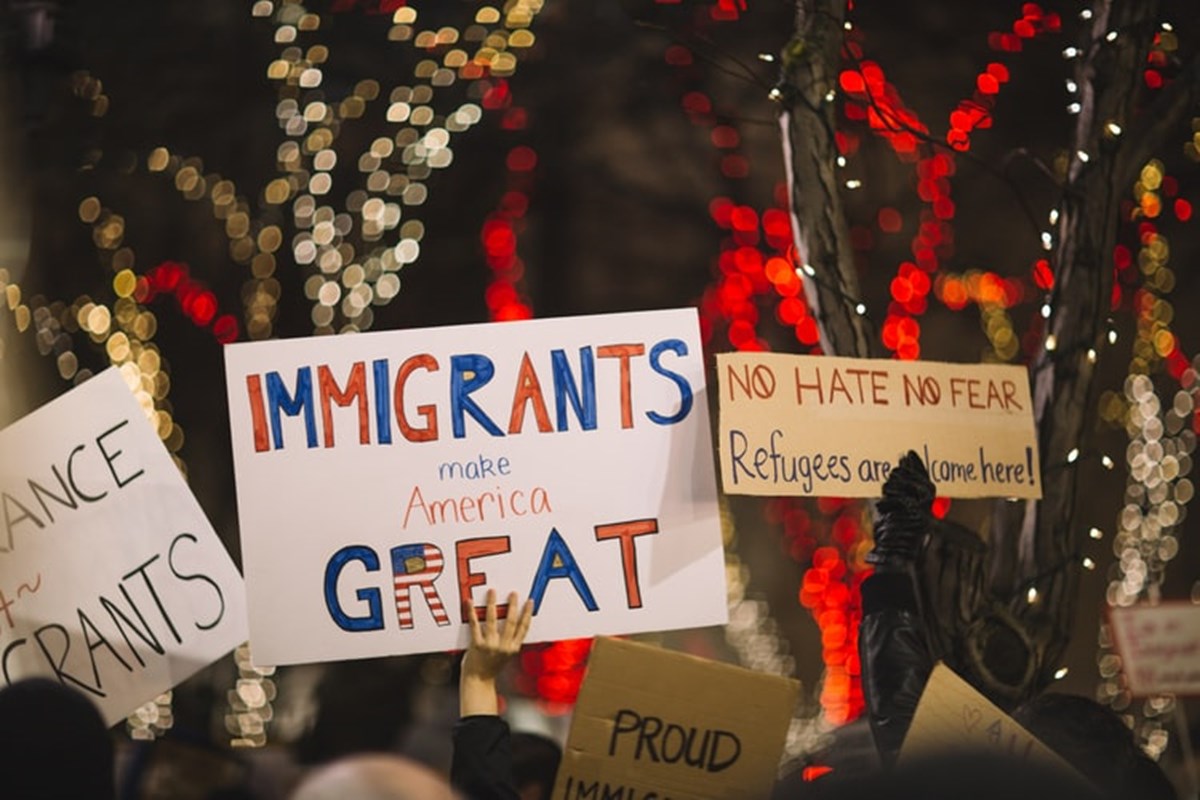 Recent political trends in the U.K. and U.S. have placed immigration at the center of a contentious public debate about nationalism, democracy, and inclusiveness. Starting with Brexit, there has been a resurgence of right-wing nativism and anti-immigrant racism. The “Leave” campaign, in part, appealed to the irrational fears of white working-class citizens that an influx of immigrants made possible by permissive European Union policies was to blame for their economic insecurity. Similarly, President Donald Trump declared a national emergency on illegal immigration in the U.S. He frequently targets undocumented immigrants from Latin America as “criminals, drug dealers, and rapists,”[1] and has used executive fiat to secure funding for a wall along the southern border. Indeed, the belief that the “Other” is to blame for stagnant wages and job insecurity for the white middle class is a constitutive and shared feature of both Brexit and Trumpism.

This belief that the “Other” is to blame for economic insecurity comes in two forms: either they are thought to be “free-riding” off the hard work of taxpayers, or they are allegedly taking jobs away from established citizens. However, economic insecurity in these democratic countries is actually caused by the forces of globalization, including financial deregulation, trade liberalization, capital mobility, labor flexibility and digital technology. Taken together, these forces have disrupted the security of millions of workers, which was rooted in manufacturing jobs, labor union participation, and strong labor laws.[2] Along with the loss of good paying jobs, millions of individuals and families are experiencing economic anxiety and reduced living standards as a result of an ongoing retreat from workers’ rights reaching back to the 1970’s. An ugly byproduct of this economic insecurity is as old as history itself: the scapegoating of immigrants, refugees, and asylum seekers, even though they are fleeing the same insecurity and political instability in their own countries.

In this piece, I shall briefly review a particular argument against recent changes in U.S. immigration policy that aim to give priority in admissions to skilled workers rather than family members seeking unification. This is a timely and controversial issue taken up by the political philosopher Matthew Lindauer in a paper titled “Unification Admissions and Skilled-Worker Migration,” which appears in a volume that I edited for Rowman and Littlefield called Fair Work: Ethics, Social Policy, Globalization (2017).[3]

Lindauer argues that such a policy change cannot be defended on the grounds that “the benefits conferred by skilled worker migration do not outweigh the moral reasons states have to prioritize admitting family members of citizens” (95). He begins by examining the claim that the democratic state should set its immigration priorities to attract highly skilled migrant workers, rather than family members of those individuals already living in it. Although Lindauer admits there might be some exceptional circumstances in which states may prioritize skilled workers over family unification (for example, in severe instances of “brain drain’), he argues such circumstances do not presently exist in developed states. Moreover, he claims “allowing for the unification of citizens with non-citizen family members is morally obligatory” (95).

There are three reasons for this obligation to unite family members. First, these interests directly explain why, in terms of family membership, it is important for citizens and non-citizens alike to be unified. Second, it focuses on individuals themselves rather than a state’s past cultural relationship with immigration flows. (For example, think of Italian and Irish immigration flows in the late Nineteenth Century, and the bias that Latin American immigration flows today ought to be treated differently.) Third, these interests explain the features that parent-child and marital relationships share in common, such that they should qualify for the category “unification admission.” Lindauer restricts his argument to these relationships only but does not discount the possibility that other familial ties ought to qualify for admission as well. The combination of these reasons makes it clear that the value of unification for family members is of fundamental interest, and for that reason a democratic state has the obligation to give priority to them.

What is the difference, then, between the duty of family unification so described and an admissions policy that gives preference to skilled workers? According to Lindauer, the interests-based approach shows that citizens and non-citizens alike have a fundamental interest in preserving family relationships. He goes on to test the arguments that have been advanced for prioritizing these skilled workers. For example, it might be claimed that the admission of skilled workers is in the domestic interests of the state, and thereby benefits the interests of citizens living there.

Suppose a society is in dire need of more skilled professionals in computer science to keep up with its fast-growing tech sector, and that the demand for more of these workers cannot be met domestically. Surely, there is nothing wrong with giving priority to these skilled workers in this respect. The problem with this argument is two-fold. First, the distribution of benefits described in the argument would be unequal because skilled workers, particularly in the tech sector, are compensated at greater rates than average workers. This has the disadvantage of worsening inequality by facilitating gentrification, increasing housing costs in urban centers, and exacerbating income inequality more generally. Second, the lack of skilled workers is likely caused by domestic mismanagement of funds used for, say, public education. The fact that there is a high demand for skills and a lack of supply of workers signals a lack in the investment of social capital, which itself is a symptomatic of unchecked inequality in terms of public goods and higher education. Thus, the reasons for prioritizing skilled workers over family unification cannot trump moral reasons for giving priority to the latter when the former depend on inequities that ought to be rectified in the first place.

Another argument for prioritizing skilled workers in immigration flows is that such policies benefit non-citizens as well. For individuals with skills in less-developed countries, or where there skills are in less demand generally, giving priority to these workers incentivizes their migration to economies that need their skills. It is, after all, a good thing to match economies that need certain skills with workers who have them, and international borders should not prevent such mutually beneficial relationships. Lindauer argues that we ought to distinguish between policies that permit skilled worker to migrate with those that incentivize it, however. While immigration policies should not prevent skilled workers from immigrating, there is still no moral reason why this should be preferred to the value placed on family members in unification. Moreover, the attraction of skilled workers from developing economies that need them (“brain-drain”) actually harms those economies and individuals in them who would benefit from keeping those skills at home. Even in cases where skilled worker provide remuneration to family members in their home countries, the benefits of this do not show that giving priority to skilled workers ought to be the basis of immigration policies in democratic states.

The upshot of Lindauer’s argument is that current changes in immigration policy appear to be morally indefensible. Although much of the present anti-immigration rhetoric is framed as a matter of national security and shoring up the rule of law, the argument that giving priority to skilled workers in immigration policy is deeply flawed. Moreover, when one considers the forces of globalization that have eroded economic security in democratic states such as the U.K. and U.S., the claim that skilled workers should be preferred to family unification is disingenuous. After all, preferring the admission of skilled workers is hardly “putting America first” as Trump puts it. It is, rather, an admission that these states have failed to invest in the viability and sustainability of their own economies by promoting austerity policies that erode social capital, public education, and infrastructure among other things.

[1] If a recent New York Times investigation is accurate, however, Trump’s handlers created the idea of a “wall” as a mnemonic device, so that he would remember to prioritize anti-immigration rhetoric in his public appearances. See the article here: https://www.nytimes.com/2019/01/05/us/politics/donald-trump-border-wall.html

[2] For a discussion of the erosion of work rights in this context, see the introduction to my edited volume, Philosophy and the Problems of Work: A Reader. 2001. Rowman and Littlefield, USA; and my essay “A Right to Work and Fair Conditions of Employment,” in Schaff, K. 2017. Fair Work: Ethics, Social Policy, Globalization. Rowman and Littlefield, Intl.

Kory P. Schaff is Lecturer in Philosophy and teaches on the Ethics in Engineering Program at California State University, Los Angeles.