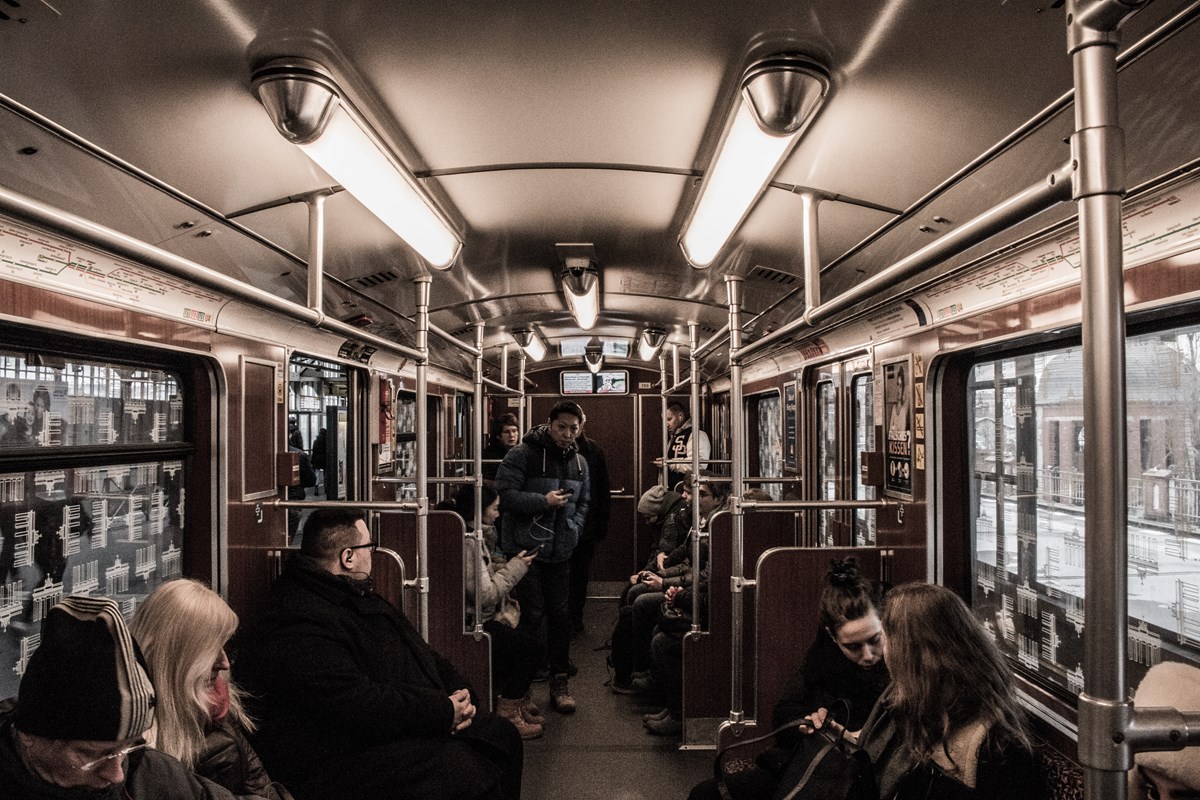 Radical Right-Wing Populist Parties and the Defense of Ordinary People: Rhetoric and Reality

Radical right-wing populist parties market themselves as the voices and defenders of ordinary people, as the advocates of the forgotten and abandoned[1], of the disparaged denizens of "the places that don't matter"[2]. This strategy has proved highly successful -- to the detriment of established left-wing parties, which have lost a considerable part of their traditional constituency to the radical populist right.  In fact, a number of radical right-wing populist parties, following the lead of the Front national/Rassemblement national, have retreaded their socioeconomic progam, padding it with traditional left-wing rhetoric.  Marine Le Pen herself routinely quotes Jean Jaurès, the iconic historical leader of the French Left.[3]  In the process, the radical right has managed to muddy the ideological waters, pretending to be something they are not.  The strategy has worked quite well – confusing, if not plain misleading, voters about their position on pressing sociopolitical issues, such as growing inequality and the viability of the welfare state.  The uncertainty regarding these parties' positions is reflected in a number of surveys.  In 2012, for instance, while around 40 percent of Dutch voters thought Geert Wilders' Partij Voor de Vrijheid (PVV) stood for redistribution, 30 percent thought entirely the opposite.[4]   In 2019, almost 60 percent of AfD voters believed that the party was doing more than any other party in Germany to address the increase in inequality between rich and poor – this despite the party's explicit neoliberal roots[5].

Neither the PVV nor the AfD has been in a position where it could exercise real power.  Other radical right-wing populist parties, however, are or have been -- most notably in Austria, Italy and Norway. Most recently, Vox have held power on a regional level in Spain. Inclusion in government coalition has given these right-wing populist parties a genuine opportunity to firmly stand up and fight for the interests and aspirations of ordinary people, in line with their self-promoting public rhetoric. The reality, of course, has been altogether different.

The vast majority of ordinary people in advanced liberal democracies today, surveys suggest, share similar concerns and anxieties.  They worry about the future of their jobs in the face of rapid technological change and protracted globalization pressures;[6] they worry about the future of their children, given decreasing opportunities for upward social mobility and ever growing inequality[7]; and they worry about what they perceive as a threatened decline in their social status, given increasingly precarious life circumstances.[8]

The success of radical right-wing populist parties in recent years is to a large extent the result of widespread perceptions that the major established parties - both center left and center right - are incapable or unwilling to provide viable answers to these problems.  In response, radical right-wing populist parties have increasingly evoked sentiments of communitarian nostalgia, conjuring up rose-tinted notions of a bygone golden age of national glory, economic prosperity, and social cohesion.[9]  A prime example is the  brazen "hostile takeover" by the Sverigedemokraterna of the social democratic concept of the folkhemmet (the people's home), with its connotations of social equality, solidarity, and universal welfare.   More disturbing still is Vox's hardly concealed yearning for the days of Franco, when Spanish unity was uncontested, mainly because it was enforced with an iron fist.  The appeal to nostalgia also explains why Marine Le Pen has come to appreciate and evoke the spectre of Charles de Gaulle -- the bête noire of her father's Front national – given his prominent role with respect to France's trente glorieuses.

What these narratives disregard is the fact that the postwar period of rapid economic growth, full employment and relative equality was also an era of high marginal taxes, comprehensive financial regulations and, last but not least, various forms of state involvement in the capitalist economy – most famously dirigisme in France, which saw the French state setting economic targets (via planning) and providing funds to reach them.  In the face of blatant and glaring social inequality, a political program that pretends to represent the interests of ordinary people cannot avoid raising the question of meaningful redistribution.  In fact, in recent years, even the IMF has come to recognize the detrimental impact of growing socioeconomic inequality, not only on macroeconomic performance, but particularly on the life chances of the lower segments of the income distribution via reduced human capital formation.[10]

At the beginning of this year, roughly 80 percent of the German population agreed with the statement that the government should make a special effort to reduce social inequality in the country.[11]  One year earlier, roughly two thirds agreed that they were "very worried" that in Germany, the gap between rich and poor was getting bigger.[12]  In the federal election of 2017, the AfD gained 12 percent of the vote, more than enough to enter the German Bundestag.  The party was particularly strong in the eastern part of the country (i.e., the territory of the former GDR), where it managed to secure four direct mandates, all of them in Saxony.  This was with good reason: some thirty years after reunification, the eastern part of the country still continues to lag behind the west, both economically and socially (particularly with respect to pensions). Many easterners feel that they are second-class citizens.  Under the circumstances, it is hardly surprising that the politics of resentment propagated by the AfD has fallen on fertile ground.  With an electoral constituency of almost 30 percent, the party has promoted itself as the true representative of eastern Befindlichkeiten (emotional state), fighting for social justice and recognition.[13]

Concrete policy proposals, however, speak a quite different language.  Take, for instance, the question of inheritance taxation.  In Germany, as elsewhere in Western Europe, only a relatively small portion of the population enjoys the benefits of receiving a significant inheritance.  Moreover, the likelihood that somebody will inherit is significantly higher in the western than in the eastern part of the country.[14]  Studies have shown that a majority of the population believes that the German inheritance laws increase social inequality.  Not surprisingly, a large majority (including potential heirs) favours raising taxes on inheritances beyond one million Euro.[15] One might expect the AfD, as the supposed voice of (particularly eastern) ordinary people and of social justice, to champion raising taxes on large estates.  They have done completely the opposite.  The AfD has called for the complete abolition of the inheritance tax – a measure which would only benefit the richest one percent of the population.

The AfD is hardly alone in pretending to stand up for ordinary people while in reality promoting the material interests of the affluent and super rich.  The FPÖ, for instance, has marketed itself for years as Austria's soziale Heimatpartei (social homeland party). During the 2017 election campaign, however, the party positioned itself strictly against the reintroduction of the abolished inheritance tax, arguing that it was "unfair -- particularly to Austria's super rich, who turned out to be the big winners of the ÖVP-FPÖ coalition.   (Unfortunately for them, the coalition found its abrupt end with the ignominious corruption scandal involving the two top leaders of the FPÖ immediately before the European elections.)  Hardly surprising, even a significant number of FPÖ supporters found that the new government was doing nothing to promote social justice.[16]  The promotion of social justice has also not been on the agenda of Western Europe's most recent addition to the radical populist right, Spain's VOX.  Ironically, Vox's breakthrough into national prominence occurred in the 2018 regional election in Andalusia, the region which boasts most of the poorest municipalities in all of Spain.[17] Ahead of the most recent national election, which saw VOX enter the Cortes, its economic spokesperson charged that the rich were being "discriminated" against by the fiscal authorities and proposed to both privatize the health and education sectors and dismantle the public pension system[18]; this in a country where it would take a person "born into a low-income family four generations (120 years) to reach the country’s average income".[19]

These examples suggest that on major social issues, there is a large gap between how radical right-wing populist parties market themselves and the concrete policies they promote and support in and out of power.  Yet substantial numbers of lower-class voters have voted and continue to vote for these parties.  Recent journalistic investigations into the Befindlichkeiten of east German voters provide one important answer to why this has been the case.  A comment by an inhabitant of a small town is emblematic; referring to the recent influx of hundreds of thousands of Middle Eastern refugees she charges that they "get more support than us.  Us Germans"[20].  This is a charge that has been heard over and over during the past several years:  Germans "get nothing from the state" and then come all these people "who never done anything in Germany" and they get "everything".[21]

Branko Milanović, a leading expert on global inequality trends, has noted that high inequality "fragments society and creates polarization";[22] and, one might add, is a breeding ground for popular resentment and what in Germany is known as Sozialneid (social envy).  Radical right-wing populist parties throughout Western Europe have made an appeal to these sentiments the cornerstone of their nativist project centered upon the notion that "the own people" should come first.  In the process, they have not only managed to convince a growing number of voters that if social benefits have diminished this is not the result of the pressures exerted by (particularly financial) capital, but the self-serving interests of "cosmopolitan-minded political elites that systematically favor migrants and refugees over the "native-born;"  they have also convinced their voters that a policy of préférance nationale (Front national) is the panacea.  As the AfD has put it on one of its election posters: "328 euros annually per citizen to pay for aslylum: 4 full tanks, 3 months’ electricity or 1405 diapers for babies" – German babies, to be sure.[23]

It is here that the radical populist right has been particularly successful in making a difference with regard to policy output.  In recent years, a number of governments have introduced a panoply of restrictive measures designed to curtail non-citizens' access to social benefits.  This has been particularly pronounced in Denmark, which "pioneered" the practice to search asylum seekers and confiscate any non-essential items worth more than 10,000 kroner, safe those having a sentimental value to their owner.  The new Austrian government passed a similar law in 2018, allowing authorities to force refugees to hand over a limited amount of money to cover the costs of the asylum process.  The policy was explicitly designed as a "preventive measure" to deter potential asylum seekers from coming to Austria.[24]  It was clearly inspired by the Front national's notion of the pompe aspirante[25], according to which the welfare state acts like a "suction pump" for poor migrants from developing countries.

Undoubtedly, the radical populist right's nativist discourse and policies have won the support of a significant number of “ordinary” voters.  After all, they provide an emotional outlet for the pent-up sentiments of resentment, indignation and rage which seem to play an increasingly important role in contemporary Western democracies.  At the same time, they have allowed radical right-wing populist parties to promote themselves not only as the advocates and defenders of ordinary people and their quite painfully real concerns and anxieties but – in many cases -- as the legitimate heirs of the traditional left.  In reality, however, the purported "left turn" of the radical populist right is little more than "simulative politics", designed to distract their voters from the crushing reality that their leaders are hardly more interested in finding concrete answers to the concerns of ordinary people than is their avowed enemy – the established elite.

Hans-Georg Betz is an Adjunct Professor in Political Science at the University of Zurich, Switzerland.