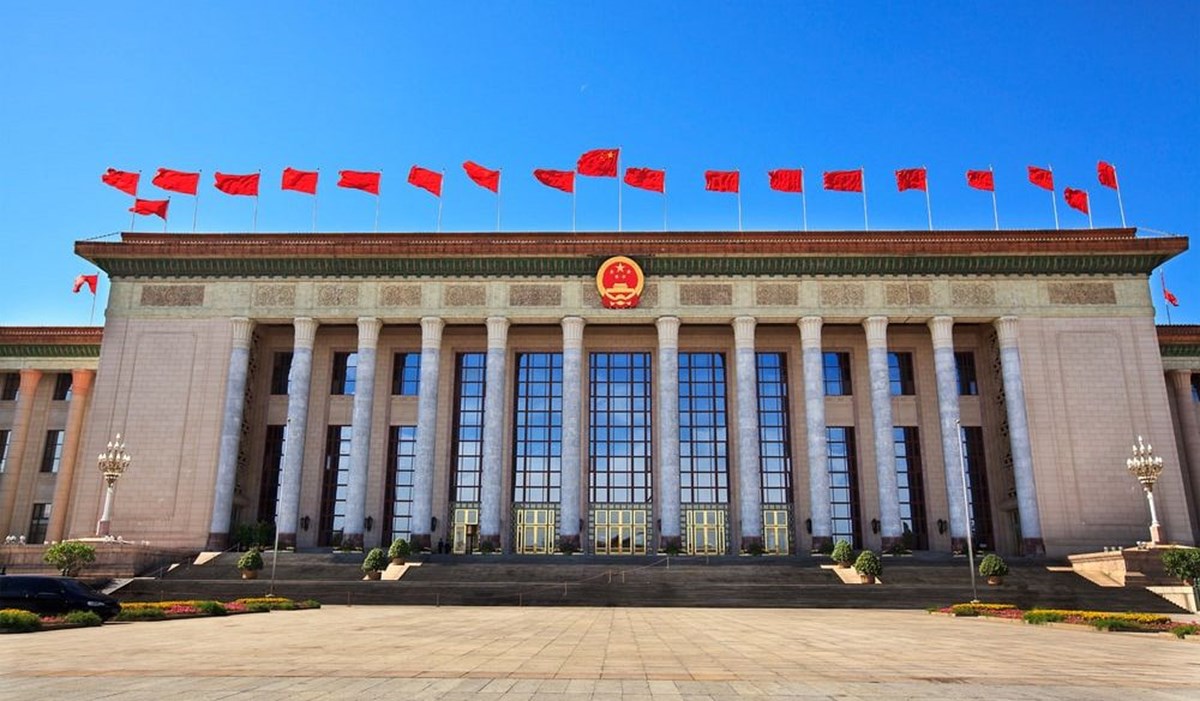 Ruling legitimacy has long been a popular point of departure for researchers and commentators when examining China’s digital media. In the West, digital media is perceived as decentralised and capable of forging popular participations, which challenges and even unsettles the power authority of the state. Many inquiries have tried to follow the same narrative to evaluate where things have unfolded differently. Digital media has occasionally challenged and even undermined the state’s authorities and has elevated the voice of those who are disadvantaged in society. Therefore, the claim that digital media has challenged the power monopoly of the Chinese Communist Party (CCP) or led to a large scale “revolution-like” movement to confront the dominant political structure, is surely over-stating.

Building on the three approaches that try to explain the ‘democratic failure’ of China’s digital media, I would like to introduce a fourth perspective: the cultural logic of paternalism to rethink some key aspects of how the CCP governments have interacted with digital media. Chinese paternalism is not simply a type of governance, but it refers to a form of social structure and relations, a way of life and ultimately, the moral system that defines how Chinese societies (should) operate.

“While censorship has been a crucial part of the story of China’s digital media, the conceptual premise of an analysis relies on the dichotomised control versus resistant paradigm.”

In responding to the ‘democratic inability’ of China’s digital media, many are quick to point out China’s strict online censoring system. The Chinese government have successfully exploited new technologies such as big data, artificial intelligence (AI) and social surveillance to expand the state’s ability to monitor and police the cyberspace (Qiang 2019). Despite the commercialisation of Chinese media, the state has managed to work with technology firms to ensure the Party’s ideology is embedded within the content production and distributions across digital platforms in China (McKinnon 2009).While censorship has been a crucial part of the story of China’s digital media, the conceptual premise of an analysis relies on the dichotomised control versus resistant paradigm, which suggests the state-public relations is antagonistic by default; thus, overlooking other possible modes of state-public relations, and the multi-dimensional nature of the techno-political dynamics in China.

The second approach then draws on the phenomenon of cyber nationalism. It is generally agreed that the popularisation of digital media in China begun after the fierce and somewhat radical campaign of (hyper)nationalism orchestrated by the government in response to the 1999 NATO/US airstrike on the Chinese embassy in the former Yugoslavia (Wu 2007). Mobilising online nationalism has been an ongoing project for the Chinese state to divert attention from domestic problems and manage the ideological expression online. However, popular nationalism does not always work in favour of the Chinese governments, as sentiments can become unmanageable and even turned into discontent against the authorities (Wassersrom 2005).  Cyber nationalism does not necessarily provide consistent support to CCP’s ruling legitimacy as ‘nationalism’ has been extremely dynamic and versatile in Chinese history.

“If the state’s ruling legitimacy only relies on strong economic performance, then how have the CCP managed to survive with all the economy-caused social problems and unrests? “

The third, and more sophisticated approach, focuses on the economic imperative of digital media in China; new media technology is embedded in the economic developments that Chinese governments have long deemed to play a central role in transforming Chinese economy from a (cheap) labour intense manufacturing hub to a creative and service-driven economy (Hong 2017). The state then, finds its legitimacy through maintaining strong and stable economic growth and productivity, to improve the materialistic lives of Chinese people to claim itself as the only suitable candidate to govern. This approach can help explain how the State is able to confine popular nationalisms to turn against it.Yet, economic inequality prevails as digital economy clearly favours those living in a middle-class urban metropolis while continuing to exploit the cheap labour of the rural working class (Qiu 2016). If the state’s ruling legitimacy only relies on strong economic performance, then how have the CCP managed to survive with all the economy-caused social problems and unrests?

Further, I’d like to propose the concept of paternalism a viable fourth frame of analysis, which intertwines with and complements the three above-mentioned perspectives, in order to interpret how digital media and political ruling legitimacy intersects in China.

“censorship in China works to find the balance of allowing and managing grievances to be expressed but preventing them to fuel any potential revolutions.”

A paternalistic approach challenges the simplistic assumption that the state-public relations is always antagonistic and that, the state possess ultimate power over its people. In the West, paternalism is broadly defined as a governing approach that restricts individual freedom and responsibility. Chinese government officials are deemed to carry out a paternalistic style of duty and function to its people.  Hence, Chinese people refer to those in office as ‘parenting officials’ (父母官) as the paternalistic functions are expected by people from below, rather than self-proclaimed by officials themselves. Parental authority is not unchecked (to be elaborated below) but any attempt to overthrow authority has been rare (although not entirely impossible) in Chinese history, as it is deemed as morally problematic. By being aware of the reciprocal power dynamics, censorship in China works to find the balance of allowing and managing grievances to be expressed but preventing them to fuel any potential ‘revolutions.’

In an established study, Gary King and colleagues (King et al. 2013) found that the primary duty of censorship is not to curb dissents but suppress and prevent collective actions. Criticising or voicing dissent against the governments is not entirely disallowed; especially those criticisms against the local government is generally permitted. Thus, they can provide the Central Government to monitor the local officials, which is precisely what is happening during the coronavirus outbreak where local officials from Hubei Province have been openly criticised and scrutinised. Finding the balance between tolerating criticism and preventing collective actions has been a guiding principle for China’s online censorship.

The notion of paternalism helps us to depart from using a mere socioeconomic frame to understand how the state utilises digital media to maintain social stability and curb dissents. In addition to ensuring the provision of materialistic and economic wellbeing in the forms of food, shelter, employment, land utilisation and so on, the traditional Chinese paternalistic view places great emphasis on the state’s role in cultivating its people intellectually and morally, in order to guide them into learning and fulfilling their social obligations (社会责任) and morality (道德). According to orthodox Confucism, there would not be an individual self ‘if there were no great state itself’ (Shih 2002, 233). The Chinese government has been extremely capable of manipulating such a deeply rooted notion through digital technologies.

In the recent outbreak of coronavirus, commuters in China are required to register their real name on social media (WeChat, Meituan and Dida) before taking public transports to track the movements and locations of potential infected patients as part of the effort to contain the spread of the virus (Dai 2020). Issues of data privacy and surveillance are obvious and the fact that the state can access, and even utilise this data for other political purposes is concerning. Nonetheless, there seems to be very few dissents about the potential problems. Although the unusual circumstance with the public health crisis might have diverted the public’s attention from these long term social and political risks, the incorporation of digital platforms and devices materialise the state’s effort in containing the virus and checking on individuals’ behaviours in the name of collective wellbeing.

However, how does the state ensure that most, if not all, people will adhere to these radical new measures? While many may be quick to point out the use of force such as police, prosecution, jails and even a military response to suppress dissents and subversions; the Chinese governments’ approach with discipline and punishment have become more sophisticated as digital media has permeated into Chinese people’s lives. The use of digital media platforms, advanced surveillance and facial recognition devices have been introduced to publicly shame individuals who are found guilty of misbehaving in public spaces. This includes disobeying traffic lights, littering, and other petty crimes (Xu and Xiao 2018). The Government agency’s social media accounts on Weibo, WeChat and Douyin (Tik Tok) often publish images and videos of individuals’ anti-social behaviours; offenders’ faces and identities are either immediately identified or can be easily revealed - yet, these individuals have never had the opportunity to defend their cases.

Public shaming allows the state to walk a fine line that avoids handing down harsh punishments (such as prison) but still effectively monitoring and policing individuals to obey social orders. More importantly, the state is also able to justify the mass surveillance across the physical and cyber spaces in China. In other words, the state is not the one ‘punishing’ offenders through its mass surveillance systems, it draws on digital media’s participatory nature and visual culture to orchestrate the public to do the job of punishing and policing on their fellow citizens. The state, nonetheless, can claim credit of guiding and enforcing social disciplines, hence, not compromising the image of being a ‘strict parent’, which is celebrated in a Chinese society. As orthodox Confucianism states, ‘a son’s wrongdoing is the father’s fault; a student’s failure is the teacher’s laxity’ (养不教, 父之过, 教不严, 师之惰). Parents (the state) bear the ultimate responsibility of their child(ren)’s social behaviours.

The final and most crucial point about Chinese paternalism, is the expectation that the state is capable of ultra-longitudinal planning, demonstrating itself as possessing long-term visions for the country and people. To put it differently, good parents are those who can demonstrate they have a plan for their child(ren)’s future and can lead the child to reach this long-term goal, rather than merely satisfying the child’s immediate needs to desires, which is often perceived as ‘spoiling’. The expected attribute of longitudinal planning is well-illustrated by the CCP governments’ early embracement of digital technology and the building of the relevant infrastructures. As Yu Hong (2017) identifies, the state’s made a strategic decision to start building digitally since the early 1990s. Some state-owned telecommunication companies, such as China United Telecommunications, began building the 56,000-kilometer fibre-optic cable network in 1993; the construction of this network was completed in 2001, and has reached 250 cities across China.

“While the project of moving most, if not the entire Chinese economy, into a cashless mode further exacerbates socioeconomic inequality”

These infrastructures illustrate the state’s ability to initiate, convene and implement long term development plans for the country on the one hand, and that the plans are progressing, on the other. It is entirely within the state’s interest to ensure these digital infrastructures to penetrate all aspects of the society. For example, China’s transition to a cashless, mobile payment society in recent years has been so rapid and abrupt, that leaves its people (such as elderly and those do not have access to new technologies) (Zhong 2018) and foreigners (Li 2019) perplexed. While the project of moving most, if not the entire Chinese economy, into a cashless mode further exacerbates socioeconomic inequality (Zhong 2018). However, the transition is crucial for the state to publicly demonstrate itself as a government with a long-term vision, and the long planned digital economy and information society is gradually (or rapidly) becoming a reality.

Paternalism is a deeply rooted cultural logic that has been exemplified throughout the traditional philosophy of Confucianism, which has dominated China for thousands of years. While the question about digital media’s democratic capacity and whether the Chinese state’s ruling legitimacy will prevail, it is paramount to recognise those cultural histories that shape the trajectory of current techno-social and techno-political interactions. Equally, how digital media plays out in China will depend on how, and if the Chinese state can continue to harness the available cultural resources, and adjust its approaches and governing mindset in response to the contemporary Chinese society, where new sets of values and norms are constantly emerging and evolving.